In the mid-19th century, Croydon was a rapidly expanding town. In 1849, it had been one of the first towns to set up its own Board of Health. They worked to improve the town’s water supply to avoid a repeat of the cholera pandemic of 1832 which killed over 55,000 people in the UK.

A source of clean water was found at an aquifer in Surrey Street. A large underground reservoir holding 950,000 gallons (43.1m litres) of water was built at the southern end of Park Hill. It was filled by water pumped from a pumping station in the modern Exchange Square, off Surrey Street. The reservoir was inaugurated on December 11, 1851 by the Archbishop of Canterbury John Sumner.

When the reservoir opened, the population of Croydon was 20,343. In 1861, it had risen to 30,240. This meant that the reservoir was no longer enough to supply the town. The Board of Health then planned a water tower to raise water pressure in the town and to boost storage of water at Park Hill.

Plans were drawn up by Baldwin Latham, Borough Engineer for a water tower in a brick building in the Northern style 125 feet (38.1m) in height with two tanks holding 134,000 gallons (609,176 litres). One was at the base of the tower and the other at the top. The water was pumped from the lower reservoir by a rotary steam engine to the high level tank.
The water tower was opened in 1867, quickly becoming one of Croydon’s most recognisable buildings.

Two decades after its opening, the tower was opened as a viewing platform to take advantage of its high location. It cost one old penny (about 41p in modern money) to climb to the top to enjoy views across south London and the Surrey Hills. This height also meant it was the perfect vantage point to watch for approaching Zeppelins and fire watching in World War I.

By the 1920s, Croydon had grown to a population of 221,692. The tower was no longer able to supply the town and was closed in 1923. A larger reservoir in Addington Hills took over as the town’s water source. During World War II the original reservoir was temporarily used as an emergency water supply for fire fighters.
In 1970, 47 years after it was de-commissioned, the water tower was Grade II-listed. This means that architectural specialists consider it to be of special interest.

In 2016, engineers found cracks and evidence of neglect in the building, some 92 years after it was last used for the borough’s water supply. However, there was no immediate threat to the building’s structural integrity. The tower is owned and maintained by Croydon Council. 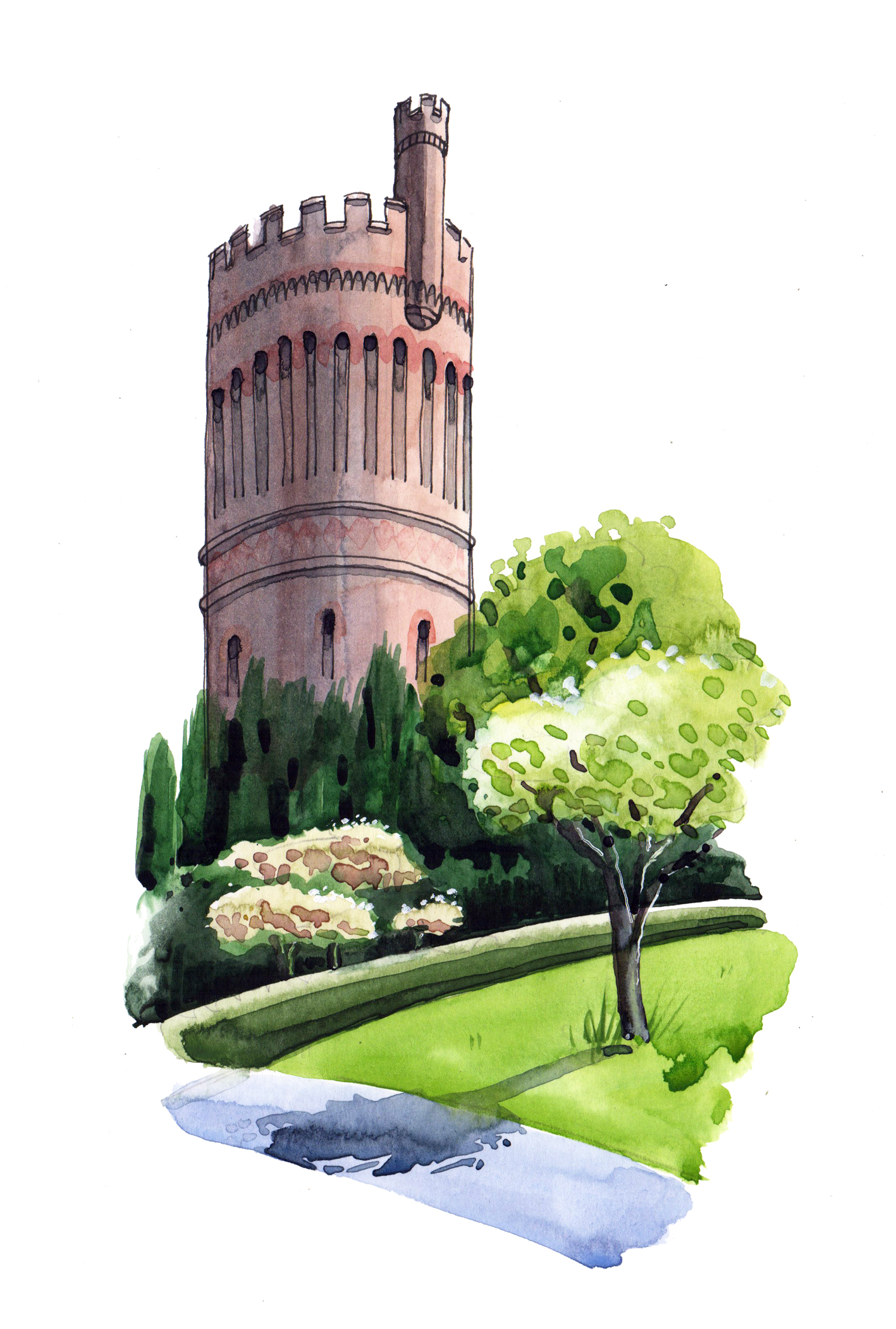